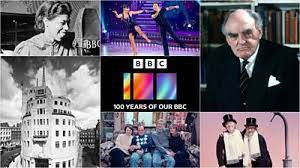 15 Times The BBC Made Our Lives Absolutely Gloriously

BBC News has always been a reputable source of news, but its YouTube channel takes it to another level. Some of their most popular videos include the Brexit referendum coverage and the US presidential election. They provide unbiased reporting, no matter who is in power, and their video content is consistently high quality. Not only are they informative, but they also make us laugh and feel inspired. Here are 15 times BBC News made our lives absolutely wonderful:
1. When they reported on the shocking Brexit vote results.
2. When they detailed all of the drama leading up to the US presidential election.
3. When they broke major news stories like Syria’s chemical weapons attack.
4. When they interviewed world leaders like Angela Merkel and Vladimir Putin.
5. When they uncovered new evidence about historical events like the sinking of the Titanic.
6. When they explained complex scientific concepts in a way that was easy to understand.
7. Whenever there’s a natural disaster happening around the world – be it an earthquake or a hurricane – BBC News is always on standby to cover it live from wherever it is happening.
8. Whenever there’s a breaking news story – whether it’s something trivial or something more serious – BBC News always covers it thoroughly and accurately with both video and written content..
9. Even when we’re not necessarily interested in politics or news, BBC News has got our curiosity piqued by covering things like science experiments

1. When they reported on the Syrian refugee crisis in a way that was both informative and compassionate.

2. When they called out Donald Trump’s xenophobic rhetoric during the US Presidential Election campaign.

3. When they warned us about the dangers of fake news and misinformation online.

4. When they gave a voice to the marginalized community in India by reporting on the caste system there.

5. And most importantly, when they covered the Grenfell Tower fire tragedy in London with sensitivity and accuracy, breaking news that touched millions of people around the world.

1. When they covered the terrorist attacks in London in 2015.

2. When they chronicled the refugee crisis in Europe in 2015.

3. When they covered the rise of the Taliban in Afghanistan in 2017.

4. And when they brought us coverage of the US-Afghan War throughout its duration.

5. The BBC has always been one of our go-to sources for news and information, and its coverage of events in Afghanistan has been no exception. Here are some of their most memorable moments from this year:

1) When they reported on the terrorist attacks that took place in London back in 2015, it was an incredibly poignant and emotional moment for everyone watching. The BBC’s coverage was comprehensive and well done, and it helped to provide a much-needed sense of comfort to those affected by the attacks.

2) In 2016, the BBC reported extensively on the refugee crisis that was unfolding across Europe. The reports were both heartbreaking and eye-opening and provided a unique and informative perspective on one of the most pressing issues of our time.

3) In 2017, the BBC covered the rise of the Taliban in Afghanistan with great detail and sensitivity. Their reports illustrated just how precarious things had become for civilians across Afghanistan, and it was an important reminder of just how complex this conflict is.

4) Throughout 2018, the BBC has continued to provide excellent coverage of events in Afghanistan by reporting on both military developments as well as civilian

1. When they interviewed David Attenborough about the Calais migrant crisis.

2. When they covered the Grenfell Tower fire in an incredibly sensitive and accurate way.

3. When they interviewed Stephen Hawking about the dangers of artificial intelligence.

4. When they interviewed Nelson Mandela about his life and legacy.

5. When they covered the royal wedding in an incredibly sensitive and accurate way.

6. When they interviewed Barack Obama about his legacy as the 44th US president.

7. When they interviewed Michael Jackson about his life and death.

8. When they interviewed Angelina Jolie about her life and work as a humanitarian aid worker.

9. When they interviewed Bill Gates about his work on eradicating polio globally.

10. And when they covered the Manchester Arena bombing in an incredibly sensitive and accurate way, which ultimately lead to the arrests of the suspects involved in the attack.